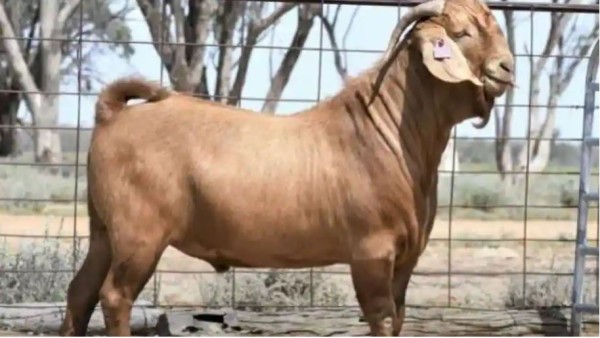 Marrakesh sold in auction for 15 lakhs

On Wednesday, the goat was put up for sale in Cobar, a town in western New South Wales, where its highest bid was $21,000, or Rs 15 lakh. Earlier, the most expensive goat sold in Australia was priced at $12,000. Andrew Mosley, who paid such a heavy price for this goat, said that Andrew Mosley, who bought this goat, said that this is a very stylish reindeer, it is very well kept. Its movement is very good. It’s not very big. But it’s developed well

Last month, a goat named Brock was sold for $12,000. Before Marrakesh, Andrew Mosley bought another goat for $9000 last year. According to ABC News, Moseley raises sheep, cattle as well as goats, and has even built a fence to protect his herd from wild animals.

Why is Marrakesh so expensive?

Mosley said that goats like Marrakesh are expensive because their numbers are very less. He told that the farmers of this area want to rear good quality goat so that the demand of meat can be met. Marrakesh was raised at Rangland Red Stud in Guduga near the Queensland border. During the cobar sale, their number was 17 and these goats grow very fast and mature very soon. Mosley said that the goat’s body size does not mean that its quality will also be good. However, he bought Marrakesh because he looks very healthy and can produce better quality babies. Mosley said the goat is not yet well fed enough to withstand the dire conditions in western New South Wales. Andrew’s wife Megan said on her Facebook page Etiwanda Property that the goats we have raised have been very good for us. Etiwanda is located about 80 km south of Cobar and is commonly used for raising sheep and cattle.