Asaduddin Owaisi claims, ‘Chinese army is strengthening its inroads in Ladakh, why is Modi government hiding the truth?’ 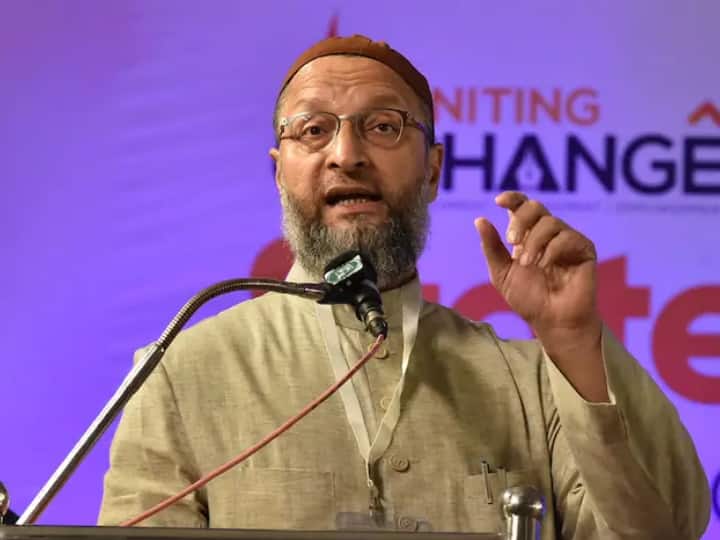 Asaduddin Owaisi Slams Narendra Modi Govt: AIMIM chief and Hyderabad MP Asaduddin Owaisi has quoted the news of an English website as saying that the Chinese army has strengthened its footing in Ladakh. He has targeted the Center by tweeting and asked the question that when the whole world is seeing it then why is the Narendra Modi government hiding the truth?

www.chinapower.csis.org A story has been published on the website with some alleged satellite images, which states that China is strengthening its military hold along the Indian border with Pangong Tso (a lake). Sharing the link of the story of this website, Owaisi has targeted the BJP-led Modi government at the Centre.

AIMIM chief Owaisi wrote in a tweet, “The PLA is strengthening its inroads and is preparing itself for battle, if so said. The latest satellite images of Ladakh show this. This is visible to everyone at the global level, so why is the Modi government hiding the truth from the country?

“The PLA is deepening its foothold and preparing itself to fight if called upon to do so.” This is what the latest satellite imagery from Ladakh shows. It is visible to everyone globally. Then why is the Modi Govt hiding the truth from the country? https://t.co/5KLP6fYbDj

What is in English news?

In the news, through the alleged satellite photographs of 2020 and October 2022, it has been told that what was the situation near Pangong Tso earlier and what is now. The source of the satellite images has been attributed to an American IT company named Maxar.

The report states that in September 2022 the two powers in the region (India-China) mutually started withdrawing their troops from the Line of Actual Control near Gogra Hot Springs. Still, neither side is ready to withdraw completely. In fact, satellite images show that China is investing to maintain a significant and long-term military presence near Pangong Tso. According to the report, Pangong Tso is spread over the Line of Actual Control, just 50 km south of Gogra Hot Springs.

Has China made anything?

It has been said that in the midst of the 2020 deadlock, the construction of new bases had started. The Chinese military set up a camp in the area in May 2020, made it more permanent in June 2020, and the new structure continued to be expanded and developed in 2021. It added that a satellite image dated October 4, 2022, shows that the work has been completed and the PLA now has a significant presence at the site. More information related to the alleged presence of PLA has been given in the report.

Also read- The picture of Asia’s largest slum ‘Dharavi’ will change, pucca houses will be built for the people

Cake Without Oven: How to make Christmas cake without oven, note full recipe