This missile is an updated missile of supersonic technology. Air Chief Marshal VR Chaudhary has congratulated on the successful test of BrahMos missile. 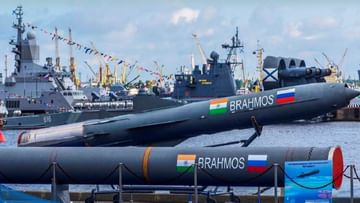 army Another big achievement has been added to his name. The Western Command of the Indian Army on Tuesday commissioned the surface-to-surfaceHmos supersonic cruise missile has been successfully tested. This test was done by the Andaman-Nicobar Command of the Army from the Andaman and Nicobar Islands. This missile is an updated missile of supersonic technology. Air Chief Marshal VR Chaudhary has congratulated on the successful test of BrahMos missile.

Giving information, the Andaman and Nicobar Command said that on Tuesday, the BrahMos supersonic cruise missile was successfully tested by the Western Command of the Indian Army from the Andaman and Nicobar Islands. Earlier this month, India issued notices (NOTAM) to airmen indicating missile tests for 29 November and 1 December. The variant of the missile tested today can hit targets at a distance of 450 km or more from the notified no-fly zone for the test.

Let us tell you, BrahMos is the world’s fastest and deadliest cruise missile developed by India and Russia. The universal BrahMos weapon system has been specially designed with anti-ship and land-attack capability launched from land, sea, underwater and air platforms. After the journey started from the ground launch, BrahMos has been tested for ground-to-ground, ground-to-sea, sea-to-ground, sea-to-sea, sub-ground, air-to-sea and air-to-ground launches.

‘Kohli-Anushka should not be made brand ambassadors,’ Ashneer Grover told an interesting story

Pradosh Vrat 2023: Pradosh Vrat breaks due to which mistake, know the rules and measures related to it

Year Ender: These black outfits of Kiara Advani were in trend in the year 2022

Mehbooba Mufti’s new house under grenade and rocket attack, police did not give security clearance

Purchased acid online after breakup… boyfriend hatched such a conspiracy in Delhi, appeared in court today