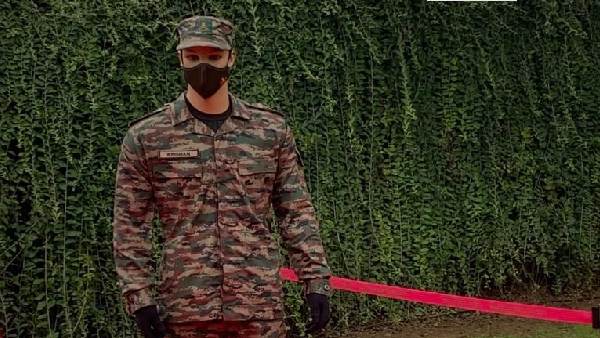 New Delhi, January 15: Army Day is celebrated every year on 15 January in the country. The new Climate Friendly Combat Uniform of the Indian Army was unveiled on the occasion of 74th Army Day to be held this time. The new combat uniform came in public for the first time on Saturday, when commandos of the Parachute Regiment in the new uniform marched to the Parade Ground in Delhi Cantt on Army Day. The new uniform is equipped with a digital pattern and is more comfortable.

#Watch , Delhi: Commandos of the Indian Army’s Parachute Regiment marching in the new digital combat uniform of the Indian Army during the Army Day Parade. This is the first time the uniform has been publicly unveiled. pic.twitter.com/j9D18kNP8B

Let us tell you that in December last year, it was informed that the Indian Army will display its new combat uniform in the Army Day parade of the year 2022. The new uniform is now going to replace the decades old uniform of the jawans, it is on a digital camouflage pattern. According to the information, it is likely to be introduced in the army by August this year.

The new uniform is made with the help of the National Institute of Fashion Technology (NIFT) and according to officials, it is lightweight and eco-friendly along with providing more comfort to the soldiers. The new uniform is based on a digital pattern. The new uniform for the army is completely different from the present uniform. Soldiers will not need to wear the new shirt of the uniform to the inside of the trousers. The color of the new combat uniform will remain the same as that of the existing uniform, i.e. a mix of colors including olive and earthy.