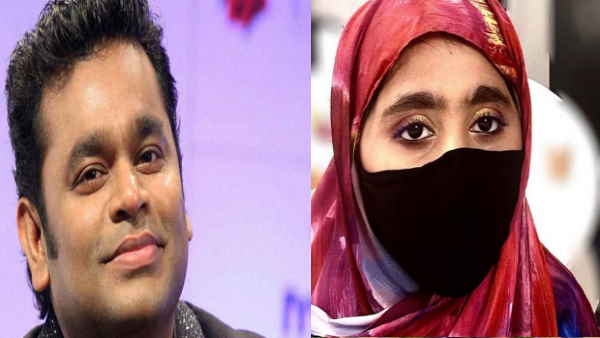 Khatija did this wonder at the age of 16

Following in the footsteps of Abba AR Rahman, Khatija has made singing her world. Khatija, who made her singing debut in the 2010 Tamil hit movie Enthiran, performed at the age of 16 with renowned pianist Lydian Nadhaswaram.

Khatija’s first song Iltaja was released, after which Khatija recently made her debut with the video titled “Farishton”, which was composed by her Abbu AR Rahman. Expressing the happiness of his daughter, AR Rahman, through his Twitter handle, said that this music album of Khatija has got the title of Best Animation Music Video at the International Sound Future Award.

AR Rahman’s daughter Khatija Rehman is always seen in a burqa. She was also seen in hijab at the Orchesta show held in Dubai. A few years ago, controversial Bangladeshi writer Taslima Nasreen had called the burqa ‘disappointing’ and said that it hurts to see educated people wear hijab when I see them suffocating. Sad how culture can brainwash an educated woman in the family. The author had directly mentioned AR Rahman and his daughter in this tweet.

I have no regrets about the outfit I have chosen, this burqa is my choice. I am proud of what I am doing. With this Khatija had said that she feels empowered wearing a burqa. Taking a dig at the writer, Khatija said, “Dear Taslima Nasreen ji, I am sorry that you feel suffocated seeing my clothes, please eat fresh air.” I feel proud not suffocating in this dress.