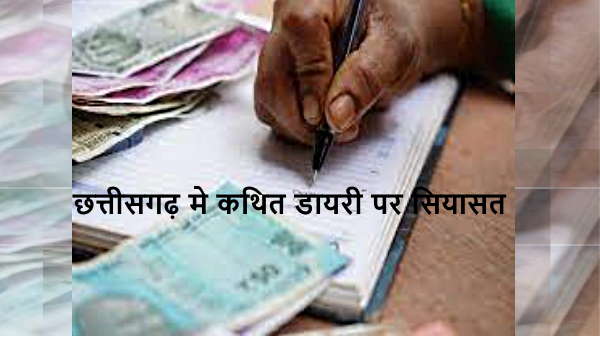 In the case of this alleged diary, there is talk of money transactions in the name of posting. In a complaint letter signed by Ashutosh Chavre, Deputy Director, Directorate of Public Instruction, Chhattisgarh, allegations are being made of spreading corruption in the Education Department. It is also being publicized through social media that money transactions have been done in the posting of teachers in Chhattisgarh.

Seeing the matter rising, Ashutosh Chavre has lodged an FIR against unknown people at Rakhi Police Station in Nava Raipur. Chavre said that for the last two months, fake complaint letters are being prepared and sent to public representatives and many institutions by using fake names, designations and seals on behalf of unknown persons. Tried to malign the image of the department.

Many such diaries are yet to come out: Dharamlal Kaushik

Here in the alleged diary case, Leader of Opposition of Chhattisgarh Legislative Assembly Dharamlal Kaushik accused the state education minister Dr. Premsai Singh Tekam of corruption and said that there were constant complaints about transfer, posting, supply of quality furniture and utensils in the education department. In this, the sound of massive corruption was heard far and wide. The alleged diary has proved that the Congress government does not believe in petty corruption. Many such diaries are yet to come out. Soon it will be brought to the fore through everyone. Kaushik has demanded a high-level inquiry by forming an SIT on the entire episode.

State Congress Communications Department President Sushil Anand Shukla has described Kaushik’s statement as low-level politics of BJP. Has created propaganda. It has become clear from Ashutosh Chavre’s explanation and complaint in the police station that the alleged diary has been made with a conspiracy. State Congress Communications Department President Sushil Anand Shukla said that in the last three years, the Congress is struggling with the lack of issues which have not been able to level a single allegation of corruption against the government. Shukla alleged that by preparing fake documents, she is engaged in political propaganda.