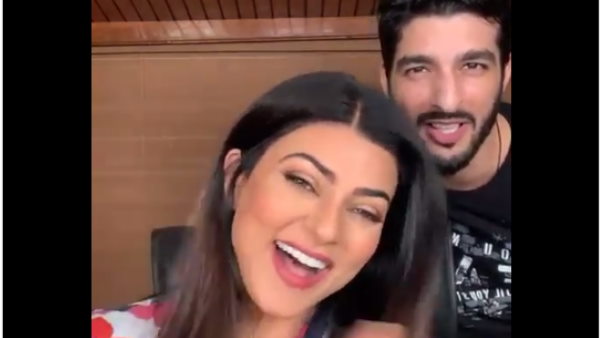 Rohman Shaw said in response to a question that the biggest lesson I learned is, no matter how big the problem is, if you have the will, you can tackle it yourself! It hurts and lasts! Just remember, it’s you who benefits in the end!” What did you learn from this covid and about life while recovering? He said this while replying.

Rohman has told what is his strength

When asked about his strengths during the Ask Me Anything session, Rohman said, “The fact is I don’t lie to myself! That’s all you need! Just sometimes a certain kind of magic nap is a lot of work.” does.”

Will announce his debut project soon

When a fan told Rohnam that he can’t wait to see you on the screen, Rohnam replied saying you are very cute. Rohnam also hinted that he will announce his debut project soon. Rohnam said, “Thankfully I shot something just before Kovid happened! It’s under post-production! I will share soon.

‘Our relationship started with friendship, we will remain friends’

Rohman also shared the grief of separating from Sushmita. He revealed that he still feels very weak and tired. ‘It hurts and hurts. Sushmita and Rohman recently ended their three-year relationship. Sushmita Sen revealed this by writing a post which was also re-posted by Rohman. While sharing the photo, he wrote in the caption- ‘Our relationship started with friendship, we will remain friends!! The relationship ended long ago, but the love remained!! Love you all.’ Let us tell you that in 2018, both of them became friends through chatting, after which both of them had become very close, Rohnam started living in Sushmita’s house. But after the breakup, Rohnam shifted to a different place.