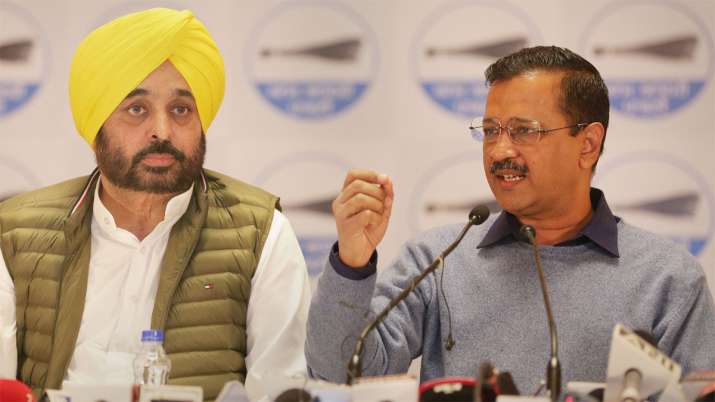 New Delhi: Delhi Chief Minister Arvind Kejriwal on Friday congratulated farmers for the success of their agitation, saying their victory was a victory for democracy and the Aam Aadmi Party government supported their demands. The Delhi Assembly on Friday passed a resolution demanding withdrawal of three agriculture laws, compensation to the families of 700 farmers who died during the agitation and legal guarantee of minimum support price for the crop.

Prime Minister Narendra Modi had recently announced that the 3 agricultural laws against which farmers are agitating will be withdrawn. Responding to a discussion on the resolution in the House, Kejriwal said in the Assembly, “The victory of farmers is the victory of democracy. We support the pending demand of the farmers, and we are with the farmers. The resolution was passed by voice vote in the assembly. He said that the central government had passed all the three agricultural laws in ‘arrogance’ due to the majority in the Lok Sabha.

‘Congratulations to the farmers on their success’
Kejriwal said that the agriculture law was passed in arrogance due to the majority in the Lok Sabha. I congratulate the farmers on their success. Whatever will happen in the interest of the people, women, youth and businessmen of the country, I support it. I especially congratulate the farmers of Punjab. The resolution passed in the assembly said that the 3 agricultural laws passed by the central government were against the interest of farmers and the public in general and were made in favor of a handful of business houses.

‘Despite huge pressure, stadiums were not allowed to become jails’
Kejriwal said that the farmers had to go through conditions like Covid, bad weather and dengue to achieve success. Kejriwal said that the Aam Aadmi Party government did not allow stadiums to turn into jails despite heavy pressure. In the resolution, there has been a demand for the removal of Union Minister of State for Home Ajay Mishra from the post and his arrest in the Lakhimpur Kheri case.