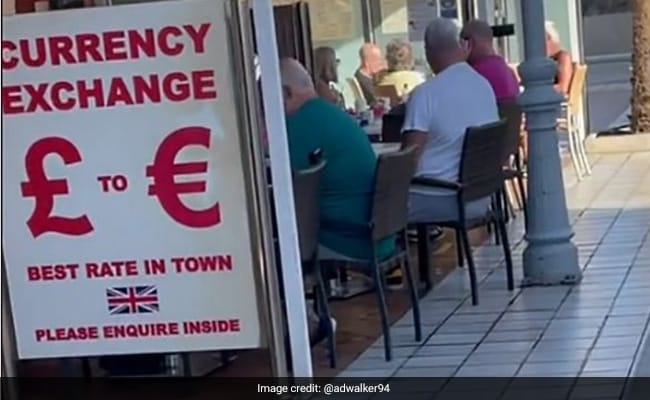 Relationships are the most important thing in every person’s life. This is the reason why people keep trying their best to please their close ones. But sometimes a person has to face disappointment in the affair of making his loved ones happy. These days a similar incident is making headlines all over the world. The girl had come from 4000 km away to give a special surprise to her father on her birthday, but the father gave such a reaction that the girl’s mood got spoiled.

Now the video of this incident is becoming very viral on social media as well. A girl named Adrienne shared this entire video on Tiktok. Adrienne Walker, 27, living in Scotland, wanted to give her father a special surprise on his 60th birthday. That’s why she reached her father from 4000 km away without informing him. But his father did not seem particularly happy about it. So the girl was disappointed on her father’s birthday.

The girl wanted to capture this beautiful moment in her cameras. In this video, it is seen how Walker goes slowly to his father, but as soon as his father’s eyes fall on him, he directly asks, ‘What do you want’? Hearing this father’s question, Adrienne’s whole plan gets ruined.

Adrienne’s mother is also seen in this video. His mother and his father are sitting in the restaurant. This strange reaction of the father spoils the mood of the girl. While sharing the video of this incident, the girl wrote, ‘My father is not there to surprise’. His video has been viewed more than 1.7 million times so far.