10 sixes…9 fours, a smashing fifty; 2 star players of IPL took out the power of the champion team 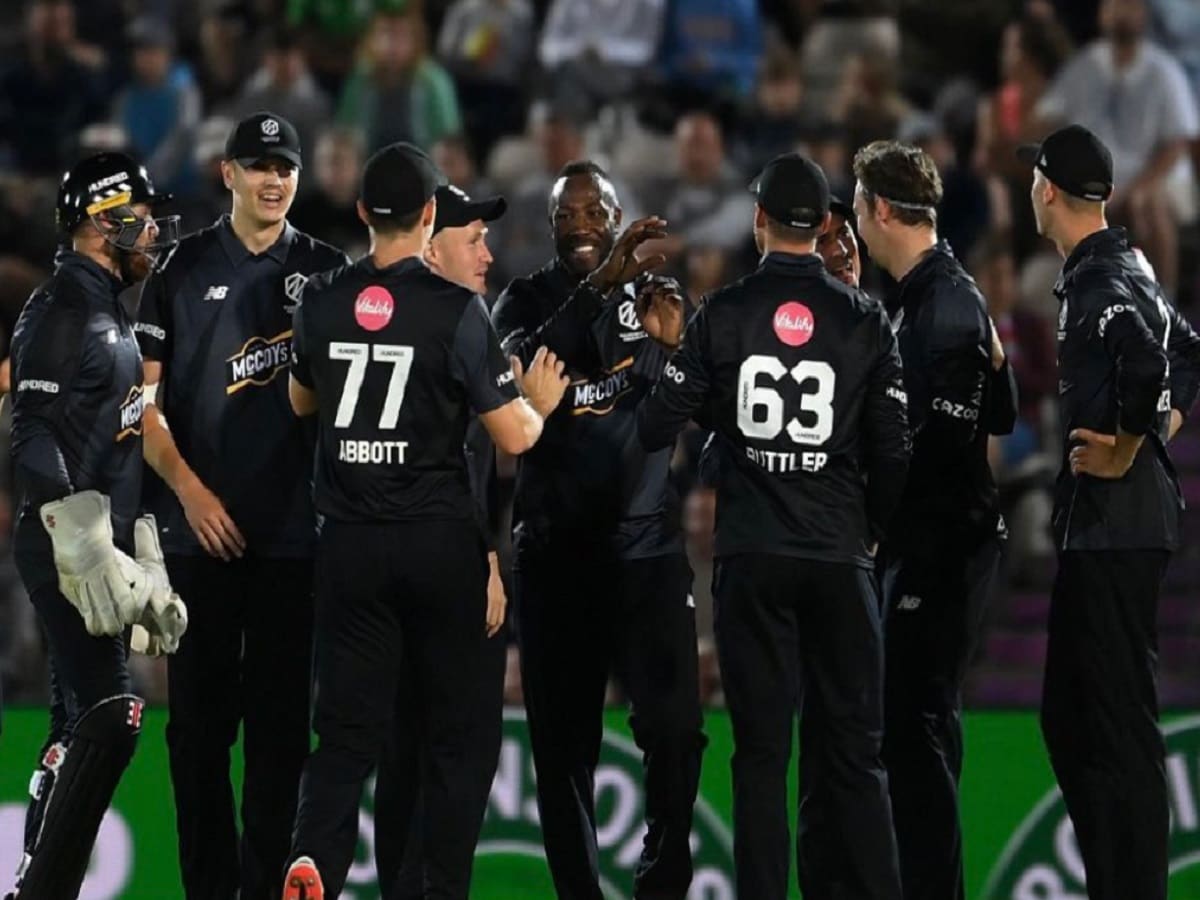 Manchester Originals beat Southern Brave by 68 runs in The Hundred

New Delhi. The Hundred (100-ball match) tournament is currently being played in England. In every match, the fans are getting to see the rain of fours and sixes. Something similar happened in the match between Manchester Originals and defending champion Southern Brave. Two star players of the IPL single-handedly defeated the defending champion Southern Brave and Manchester Originals registered their second win in 3 days. Jos Buttler and all-rounder Andre Russell batted for Manchester. Butler, opening the innings, scored 68 runs in 42 balls. At the same time, Russell, who came to play in the last over, scored 64 not out in 23 balls at a strike rate of 278. Butler also scored the most runs in IPL 2022.

Butler hit five and Russell also hit the same number of sixes in his innings. At the same time, 9 fours came off both of them. On the basis of the innings of Russell and Butler, Manchester Originals scored 188 runs in 100 balls for the loss of 3 wickets. In reply, Southern Brave could score only 120 runs and lost the match by 68 runs. This is the second win for the originals in three days. At the same time, this is the fourth defeat of last year’s champion team Brave in five matches this season. Originals scored 188 runs in the match. Out of this, 132 runs were scored by Russell and Butler.

Southern Brave’s dream of saving the title broken
Chasing the target of 189 runs, Quinton de Kock and James Vince gave a good start to the Braves. Both added 36 runs in the first 17 balls. But, Sean Abbott broke the dangerous looking pair by catching Vince on his own ball. Vince got out after scoring 20 off 9 balls. Marcus Stoinis, who came out to bat at number three, also could not stay on the crease for long and got out after scoring 1 run. After this, Tristan Stubbs also showed Alex Davis the way to the pavilion. He also dismissed Dekock after 3 balls. In this way, on the score of 51 runs, Brave’s four batsmen returned to the pavilion.

IND vs ZIM: Team India got another ‘Jai-Veeru’ pair, if they settle on the crease then victory is sure!

Brave’s innings ended on 120 runs
Southern Brave could not recover from the initial tremors. George Garten definitely scored 25 runs in 14 balls. But, his innings too could not avert Brave’s defeat and the entire team was all out for 120 runs in 84 balls.